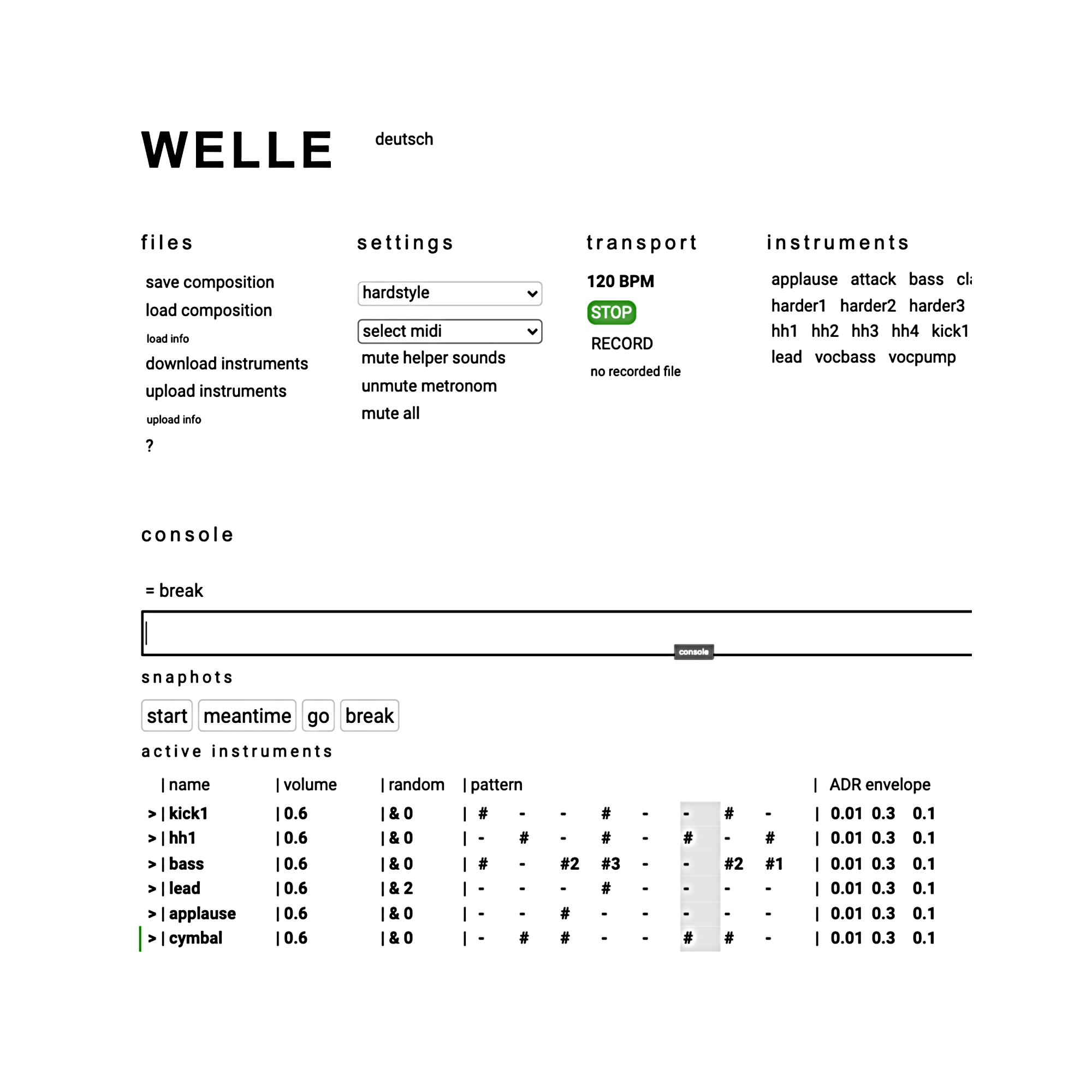 WELLE is an online text-based 8-step sequencer. It is developed as part of the research project Tangible Signals and aims to enable blind musicians to create computer music. It is played by entering commands in the input field called "console". Available sounds are listed under "instruments".

By using different commands patterns and melodies can be played. Snapshots will store the current patterns on-the-fly and recall them later. It is possible to record and download the music. Welle can send MIDI messages to external synthesizers, samplers or DAW (the MIDI channels 1-14 correspond to the order of the samples).

In WELLE a pattern is a combination of a note "#" and a pause "-". A note can have a number behind it, e.g. "#3" or "#-12", so the sample is pitched higher or lower than the default "#". The pitch numbers correspond to keys on a keyboard. If the pattern is shorter than 8 steps, it will be repeated to fill 8 steps - if longer, it will be reduced to 8 steps.

WELLE  was developed as part of the research project Tangible Signals by Jens Vetter, supervised by Martin Kaltenbrunner at the Tangible Music Lab, University of Art and Design Linz, Austria. The research project is funded with the DOC fellowship by the Austrian Academy of Sciences, starting June 2019.

Hansi Raber created a great C++ fork of WELLE that can be downloaded and runs in the terminal, please go and test it:  asdfg.me/welle